A friend of mine (not to be confused with a friend of our’s) told me that the don was willing to see me… and it wasn’t even his daughter’s wedding day. I was eager to discover how “the Godfather” increased sales so quickly with such a mild manner about him. Here’s what I learned and I hope you’ll take his advice to heart:

1. Don’t think that just because you think you have something that distinguishes you from the competition that it’s true.

What does your crew think? Whaddabout your customers? This is a killer if you guess wrong and will put your business six feet under before you can say Vito Corleone. I went through my first years of owning fitness & rehab centers that we were great, that there was no one like us and that people always got results when they came to us. I was right but I didn’t frame it in a way that people understood. What should have taken me months to promote, took me years. I left tens of thousands of dollars on the table. Will never do that again.

2. Don’t go chasing down new contacts and customers when your existing family wants to do more business with you. It’s just dumb, expensive and you’re gonna piss somebody off.

The time I spent running down prospects compared to taking care of my existing customers was astounding. It wasn’t until I understood the value of a lifetime customer that I began to reap serious rewards from paying attention to my customer base. Why we naturally hunt down new customers when there’ a gold mine at our rainbow, I’ll never know but I found out in time and did ok.

3. When you get into business with people who (still) owe you money, time or respect, they’ll never talk to you until they pay up. But they never will. Be glad you’re done with the bochagalupe.

Going after people who done you wrong is ok… to a point. But when it starts keeping you up at night, draining you of important energy and taking time away from your marketing program, let it go. There are some people in the world that will always need to feel as though they got something for nothing, up to and including skipping out on the bill. Protect yourself but after you identify the culprit, let him go. You’ll be doing yourself a favor in the long run.

Ok, all right, I think this is what he said:

2. Use your existing database; 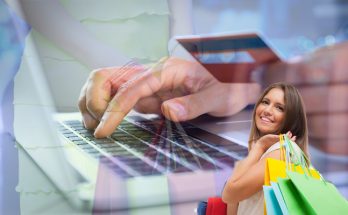 Some Benefits Of Using A Mortgage Broker